Provocative and irresistible, Kamikaze Hearts is a raw story about the intensely passionate relationship between legendary adult film star Sharon Mitchell and her girlfriend Tigr. From their first meeting Tigr is mesmerized by "Mitch” — by her joie de vivre and flamboyant sensuality. Tigr's life is changed forever when she is drawn underground into Mitch's world, a world of strip joint rock and roll, mainlined cocaine, and high-paying commercial sex.

Stylistically, Kamikaze Hearts is best described as a dramatic documentary. But this is not a "docudrama" in the made-for-TV-movie sense, with actors portraying "real people" in "real situations." Tigr calls it a docudrama, an intensely personal narrative with real people playing themselves in scenes from their lives.

Additionally, a documentary camera crew follows Tigr and Mitch through the production of Gerald Greystone's ill- fated sex opera version of Bizet's Carmen. Into the fabric of this eccentric footage, director Juliet Bashore has woven a bizarre drama by turns absurd, ironic, ridiculous, and simultaneously brutal, disturbing, even tragic.

"A startling, potent and continuously riveting film with no taboos left to break." 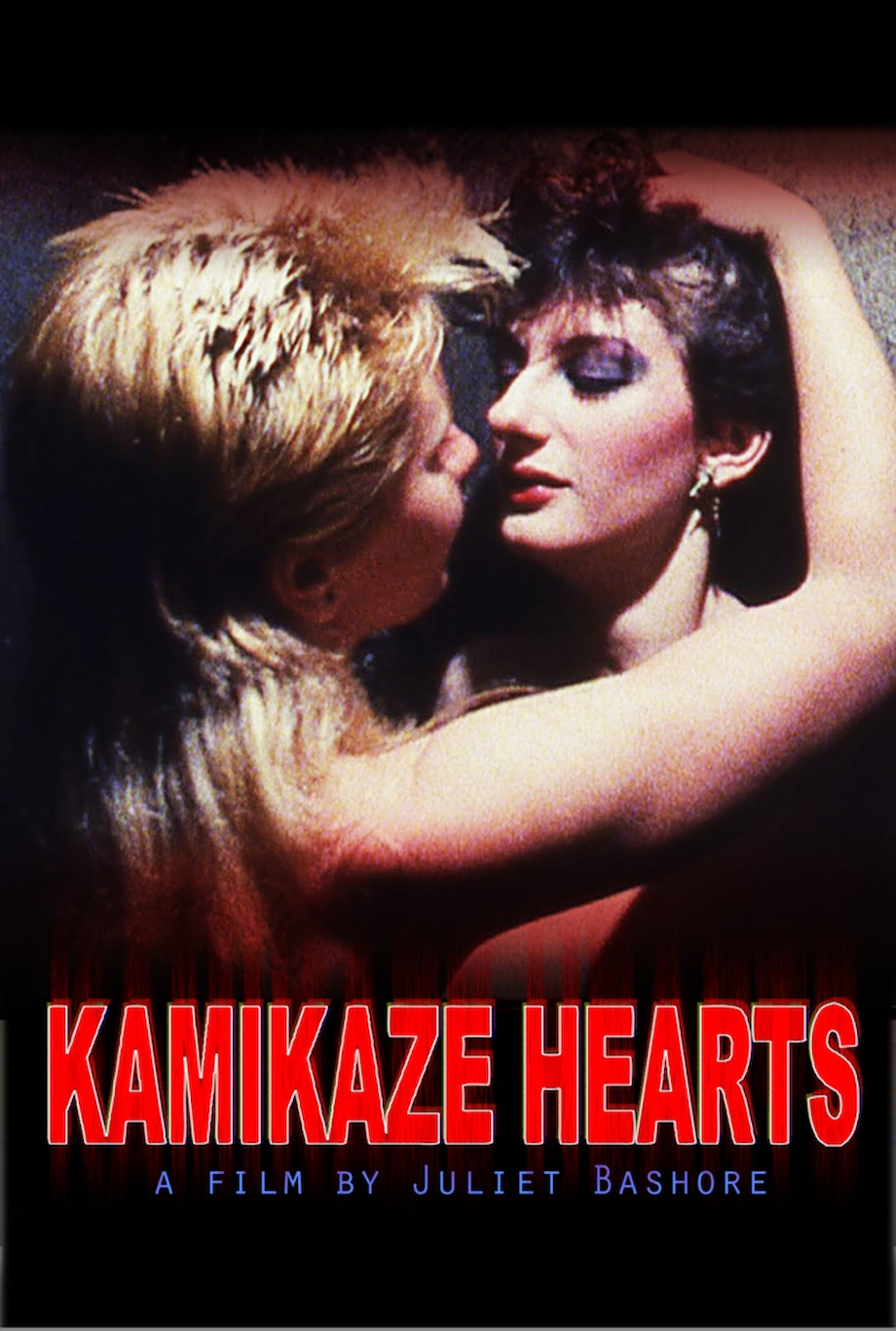