A comic look at one man's dream to become a movie star!

After a breakup, gay Parisian Jerome impulsively books a solo Christmas vacation to Los Angeles. Like many before him, he plans to pursue his secret dream to become a movie star – and, of course, to find love along with fame and fortune!

Completely naïve about what he is getting into, Jerome hooks up with some colorful locals, and stumbles headlong into an acting role. Nothing about Hollywood quite matches Jerome’s fantasies, however, and his misadventures are both hilarious and touching.

Bright, funny, honest and utterly charming, Hollywood, je t’aime is a stunning debut for director Jason Bushman. Eric Debets shines as Jerome; his classic look and an amusing ease with his own awkwardness are evocative of Buster Keaton and Marcel Marceau. Cast includes Eric Debets, Jonathan Blanc, Diarra Kilpatrick, Michael Airington and the fabulous Chad Allen (Save Me, Third Man Out, Shock to the System).

This special Deluxe Edition comes with a Bonus Extra short behind the scenes featurette. 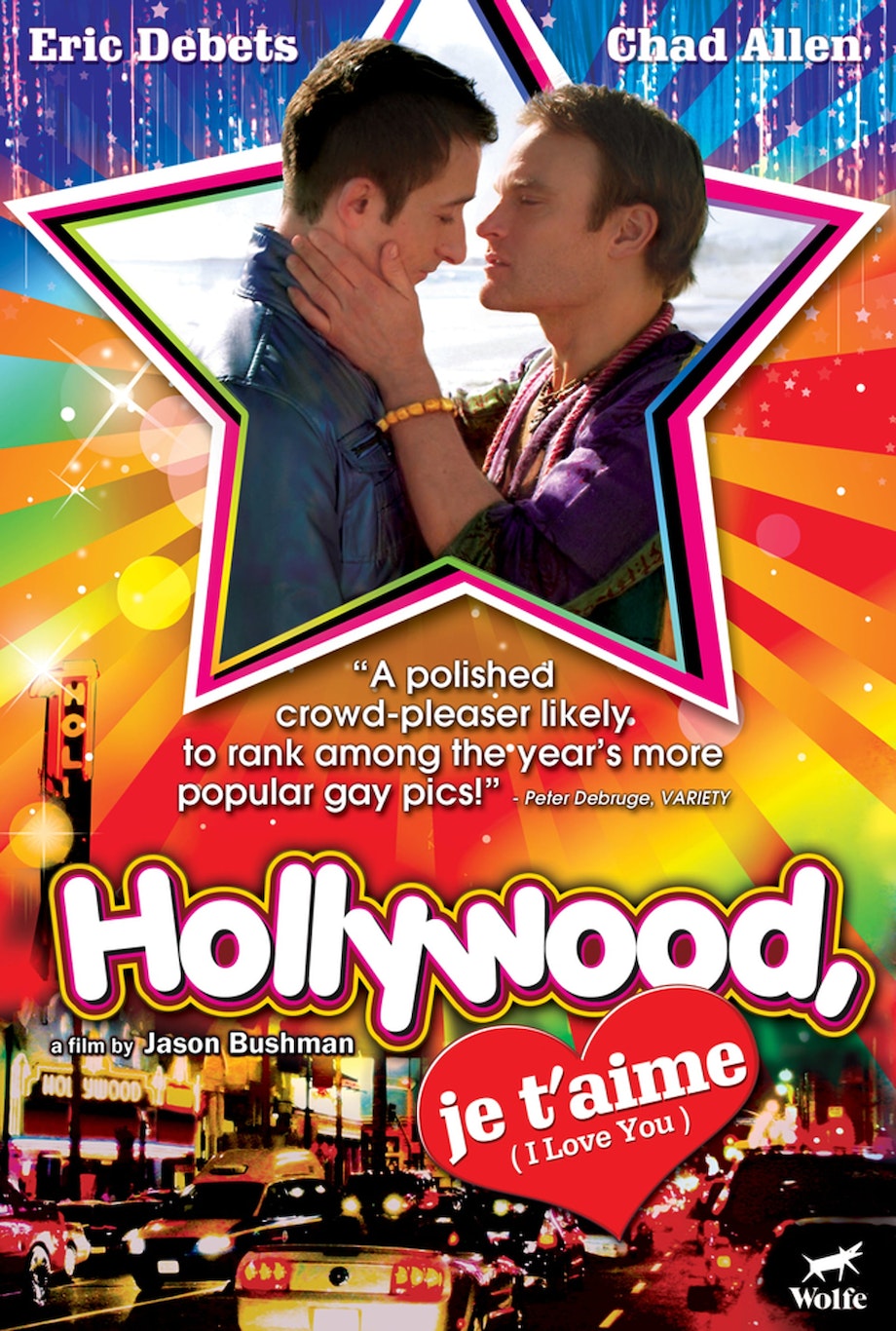