See the heartthrobs from Glee, Teen Wolf and Twilight all in one movie!

"White Frog deals with a young gay man and his fractured relationship with his family... tender and bittersweet... White Frog cries out for others to display the same humane qualities that it generates with overflowing grace and humility.— TwitchFilm.com

From talented gay director Quentin Lee, White Frog is a universal story of the power of family, friendship and love. This deeply moving family drama tells the tale of Nick (Twilight’s Booboo Stewart), a young teen with Asperger's syndrome. When his big brother Chaz (Glee’s Harry Shum Jr.) passes away in a tragic accident, Chaz’s friends comfort young Nick as he gradually discovers the truth — Chaz was gay, but afraid to come out to their very traditional Chinese American parents (BD Wong and Joan Chen).

DELUXE EDITION: This special Deluxe Edition comes with a Bonus Extra 14-minute behind the scenes featurette!

"Sure, it’s full of really hot guys, but more importantly it’s loaded with impressive performances, especially from [Booboo] Stewart, who avoids stereotype with a realistic portrayal of a youth with limited communication and social interaction skills." — Frontiers, Los Angeles 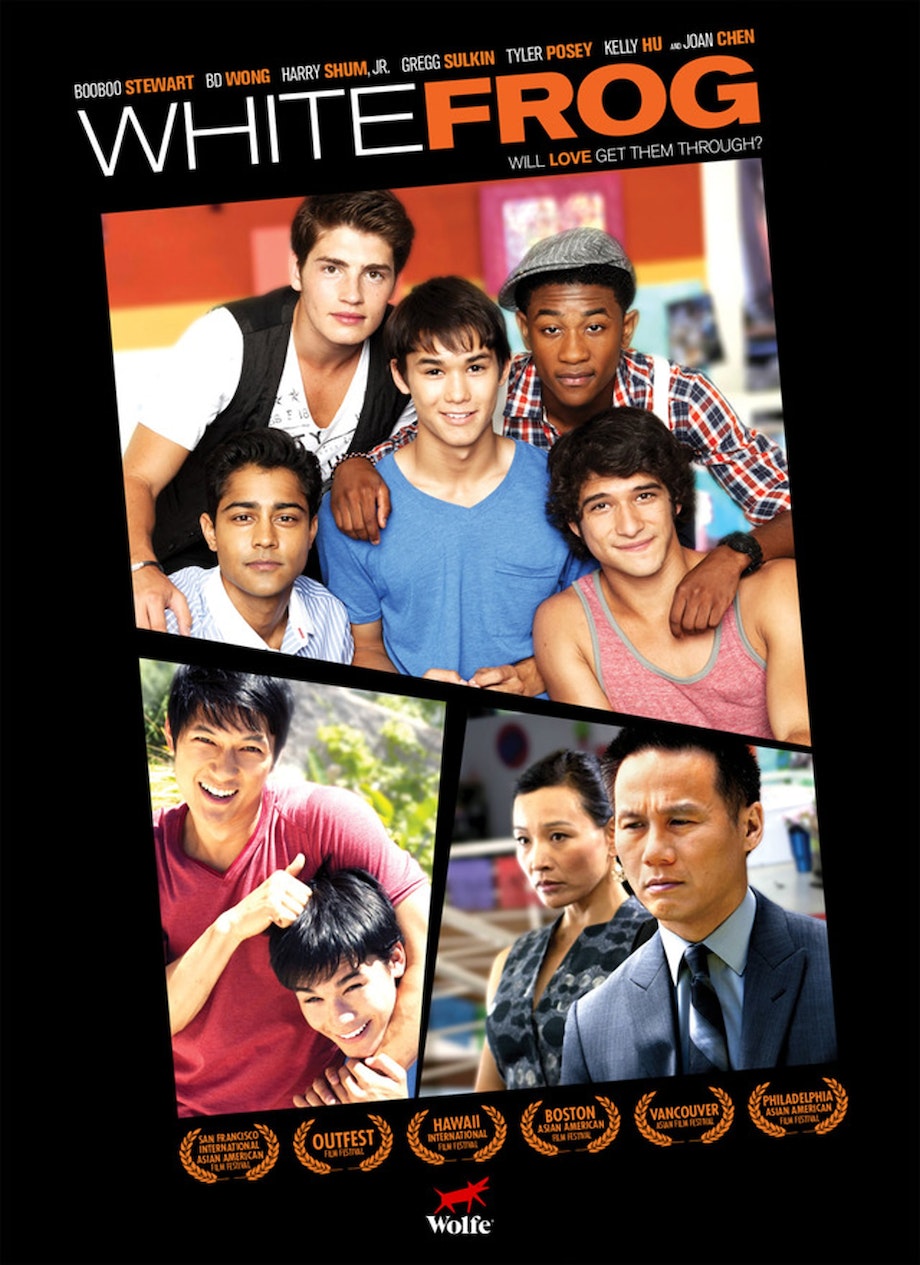