Where Are We? Our Trip Through America

Award-winning gay documentary filmmakers Rob Epstein and Jeffrey Friedman (Howl, Common Threads, The Celluloid Closet) take a journey through unfamiliar lands — in their own country — in this entertaining road trip film. As gay men coming from the gay Mecca of San Francisco, Epstein and Friedman choose to explore gay life in the South, as well as interviewing a wide variety of Americans, asking questions about their lives, their hopes for the future and more.

"Kaleidescopic ... The filmmakers' acute sense of compassion is visible in every frame. Where are We? has the weird ephemeral quality of walking through someone else's dream." 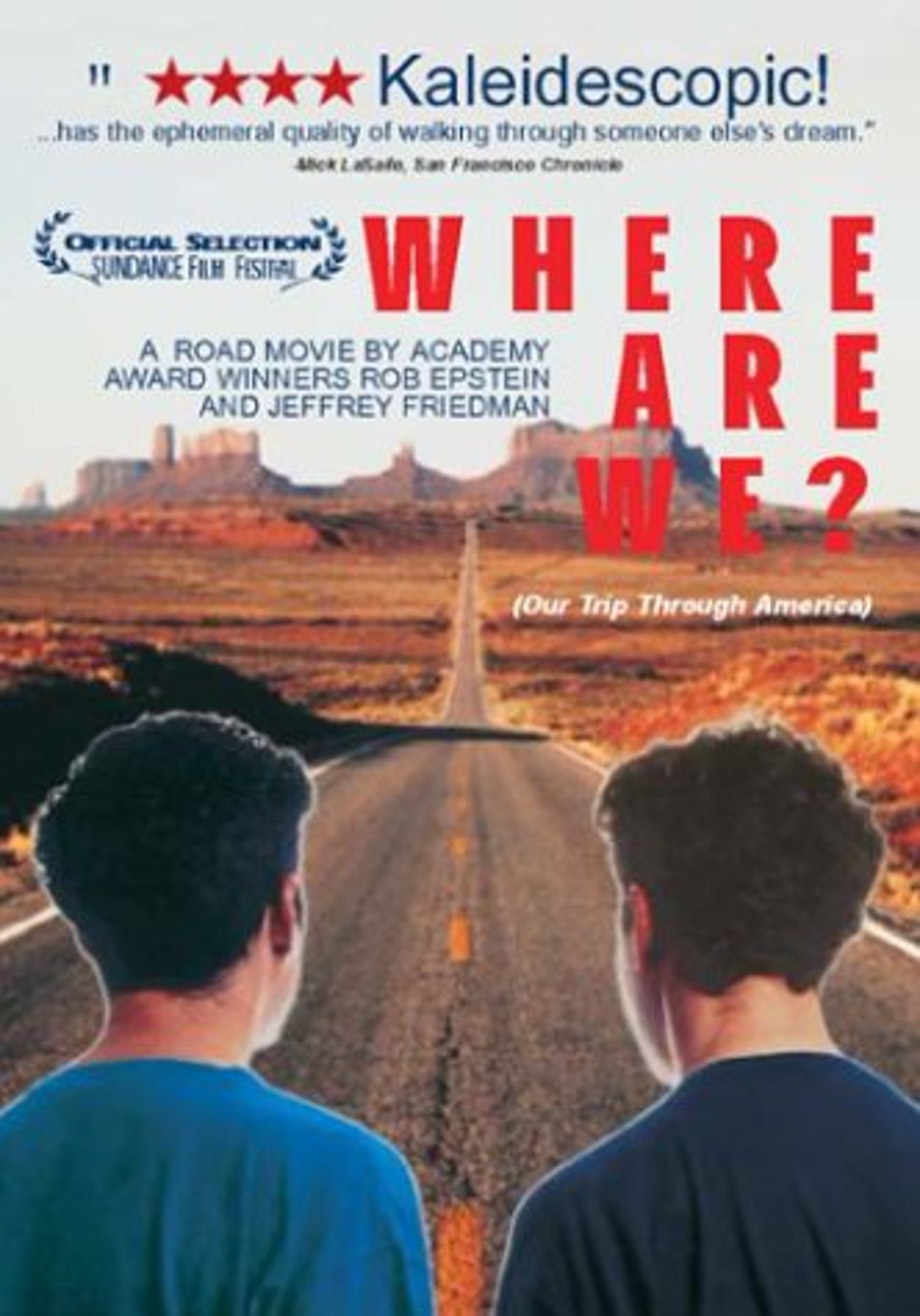