Claire of the Moon

This is the beautiful debut feature film from Nicole Conn, director of the wildly popular lesbian love stories A Perfect Ending and Elena Undone.

This classic lesbian drama was the biggest lesbian feature since Desert Hearts when it was first released in 1992. Against the backdrop of a writer’s retreat for women, Claire (Trisha Todd) suppresses her desire for Noel (Karen Trumbo) until she finally manages to come out as a lesbian – both to herself and the women around her.

Blond, brash and beautiful, Claire Jabrowski attracts men easily, and takes her own heterosexuality for granted. But while away at a writer’s conference, she shares a cabin with Dr. Noel Benedict, a lesbian who questions Claire’s promiscuous lifestyle. Challenged and disturbed by Noel, Claire can’t accept her ideas, but finds, to her great surprise, that she feels an attraction to her.

As the two debate back and forth, Noel also falls under Claire’s charms, but she is wary, having recently suffered a disastrous breakup. As each faces her fears, an intricate – and sensual – "dance" takes place between them, as they move apart, then come closer and closer.

Set in the lush Pacific Northwest, Claire of the Moon tells a timeless story of a woman’s struggle as she awakens to new possibilities for love and intimacy. 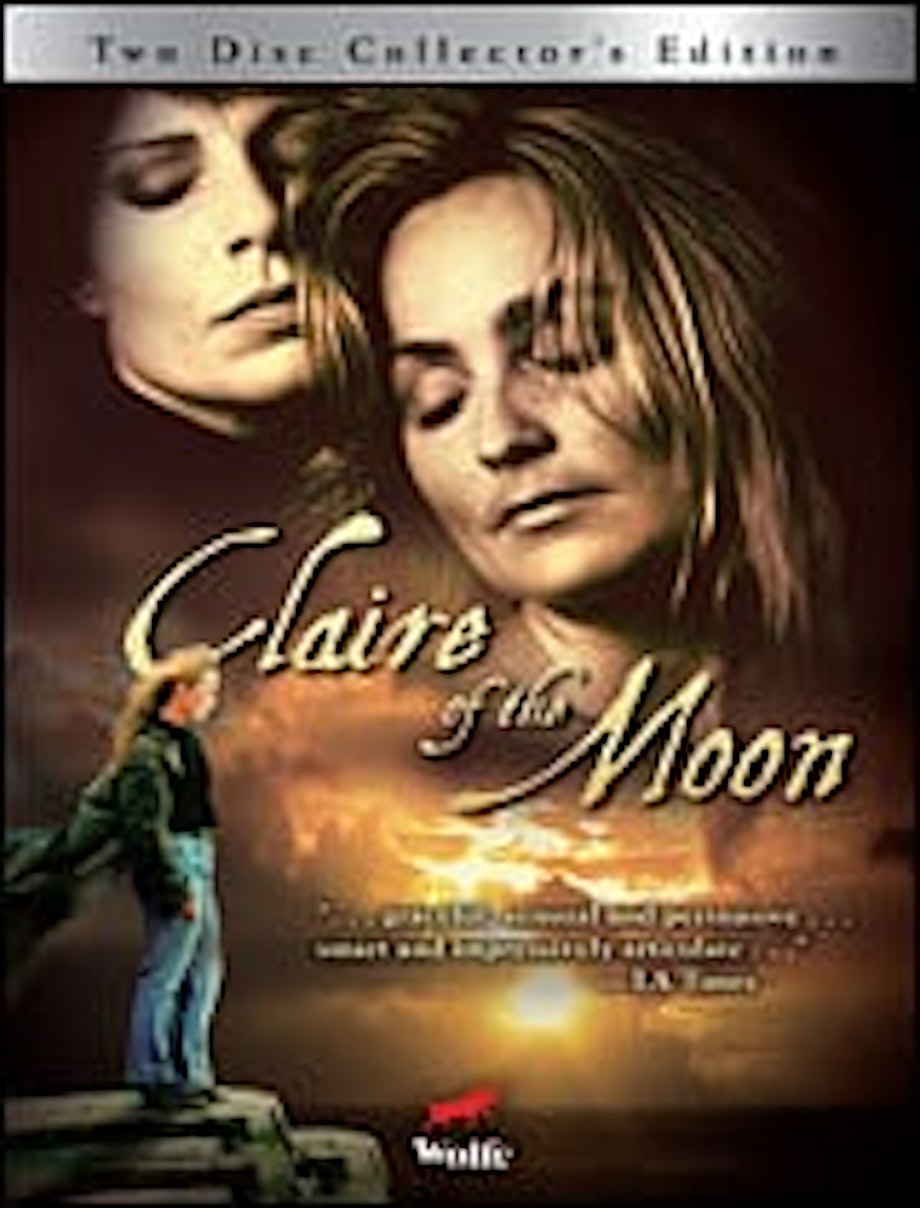