The true story of a life-long lesbian romance!

Acclaimed directors Susan Muska and Gréta Ólafsdóttir (The Brandon Teena Story) present a lovingly crafted documentary in which life partners Edie Windsor and Thea Spyer recount how their improbable romance ignited a lifelong journey around the world and through history. Though touched by events like the civil rights movement and the Stonewall riots, Edie and Thea’s relationship transcends politics and is a shining example of love’s ability to endure.

A tremendously powerful film, Edie & Thea portrays the lives of the couple who would become catalytic figures in the LGBT civil rights movement. After the release of the film, Thea Spyer passed away and Edie Windsor was required to pay more than $360,000 in federal estate taxes despite the couple's marriage having been legally recognized by the State of New York (if federal law had also recognized their marriage she would have paid no estate taxes). Ascending to the US Supreme Court, Edie Windsor's case (United States vs. Windsor) challenged the constitutionality of the Defense of Marriage Act (DOMA). In their landmark decision of the case in June 2013, the US Supreme Court ruled that section 3 of DOMA (defining marriage as a union between a man and a woman) was unconstitutional and that the Federal Government of the United States is thereby obliged to recognize same-sex marriages approved by states. 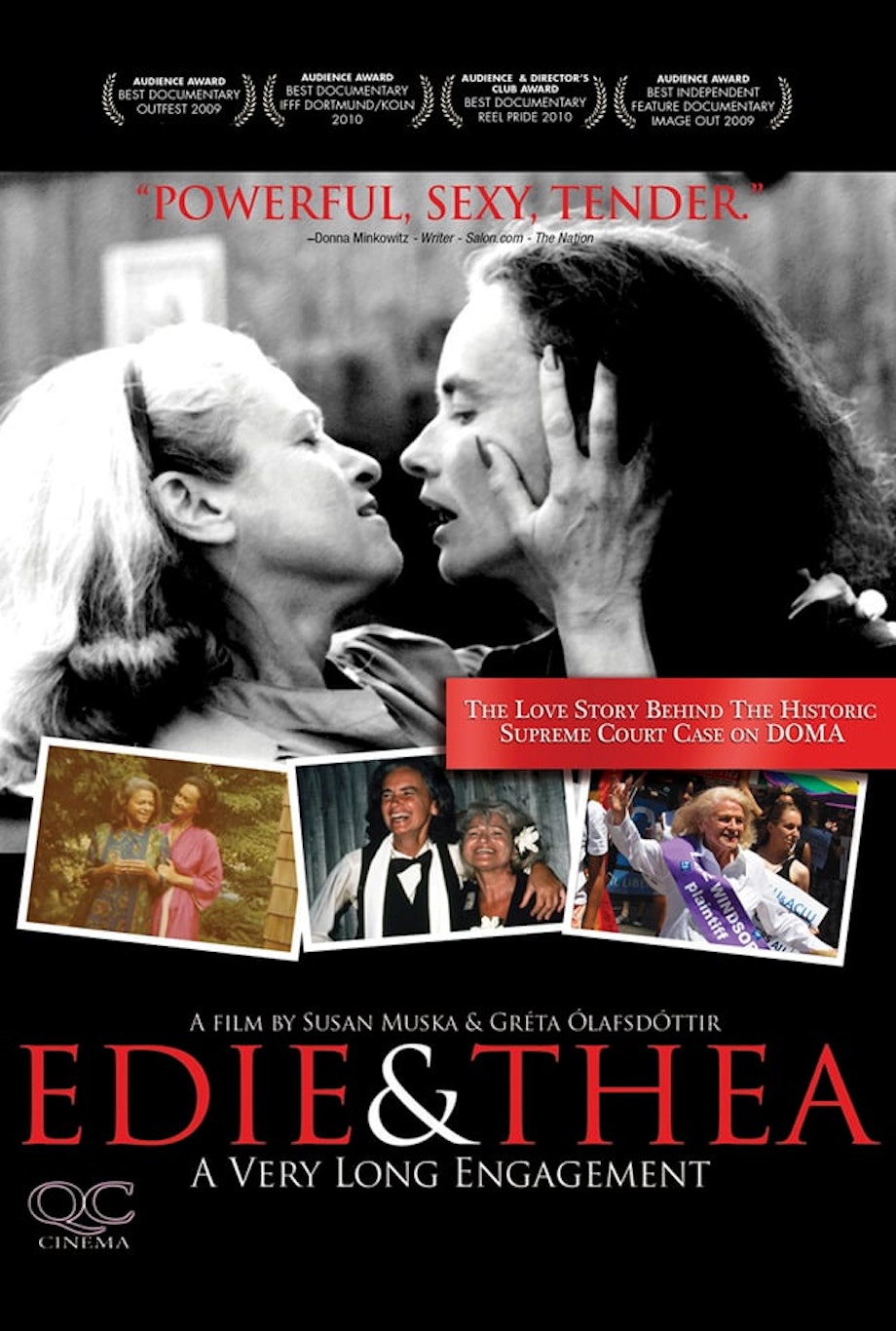