The Men Next Door

Writer/director Rob Williams (Make The Yuletide Gay, Role/Play) returns with a new romantic comedy about finding love a little too close to home. As he reluctantly celebrates his 40th birthday, Doug (Eric Dean, star of Arizona Sky and Nine Lives) finds himself falling for two very different but equally lovable men – Jacob, a secure 50-year-old (Michael Nicklin) who came out later in life, and Colton, an adventurous 30-year-old (Benjamin Lutz, star of The Love Patient and Bite Marks) who literally is the boy next door. What Doug doesn’t know right away is that the two men are, in fact, father and son! How long can Doug juggle both relationships before everyone finds out the truth?

"The Men Next Door is consistently unpredictable... a concept worthy of a Greek tragedy, it’s filled with humor and heart." – HomoPop 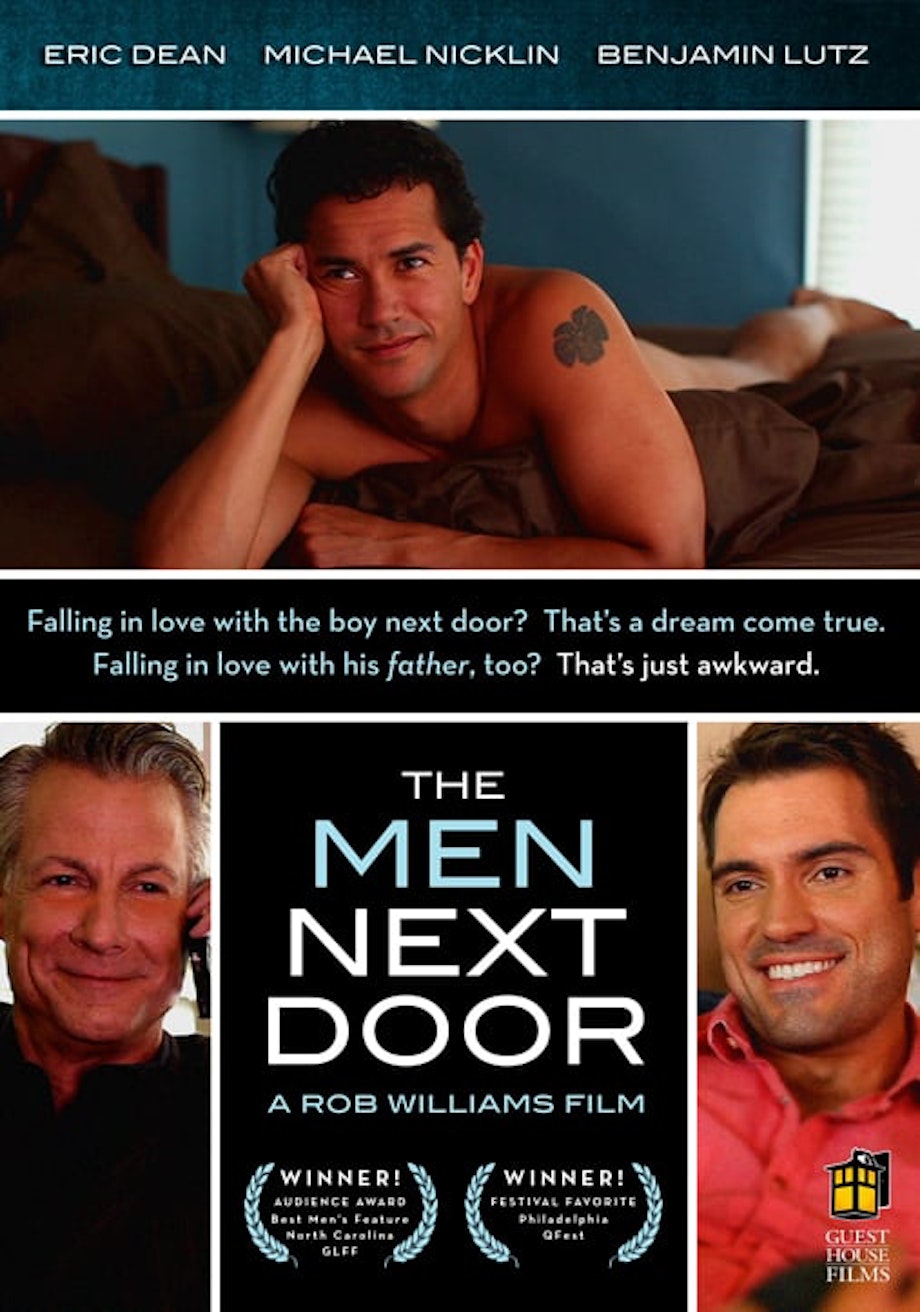