British TV hunk David Paisley co-stars in this sexy, creepy tale of a young man and his secret gay lover who conspire to surprise their friend Sadie on her birthday. Arriving for their getaway on the remote isle of Amen — Rick, Jonny and Sadie meet the mysterious Corinne. This wild queer British thriller has been compared to such cult classics as The Wicker Man and Let’s Scare Jessica To Death.

Filmed entirely on location in Northumberland in the North East of England and on the stunning tidal island of Lindisfarne, Unhappy Birthday is led by a talented young British cast, including David Paisley (Holby City, Casualty) Jill Riddiford (Our Friends in the North), Christina De Vallee and Jonathan Keane, with a cameo by trash horror legend David McGillivray.

“An original, atmospheric, and downright eerie film.” — All Things Horror 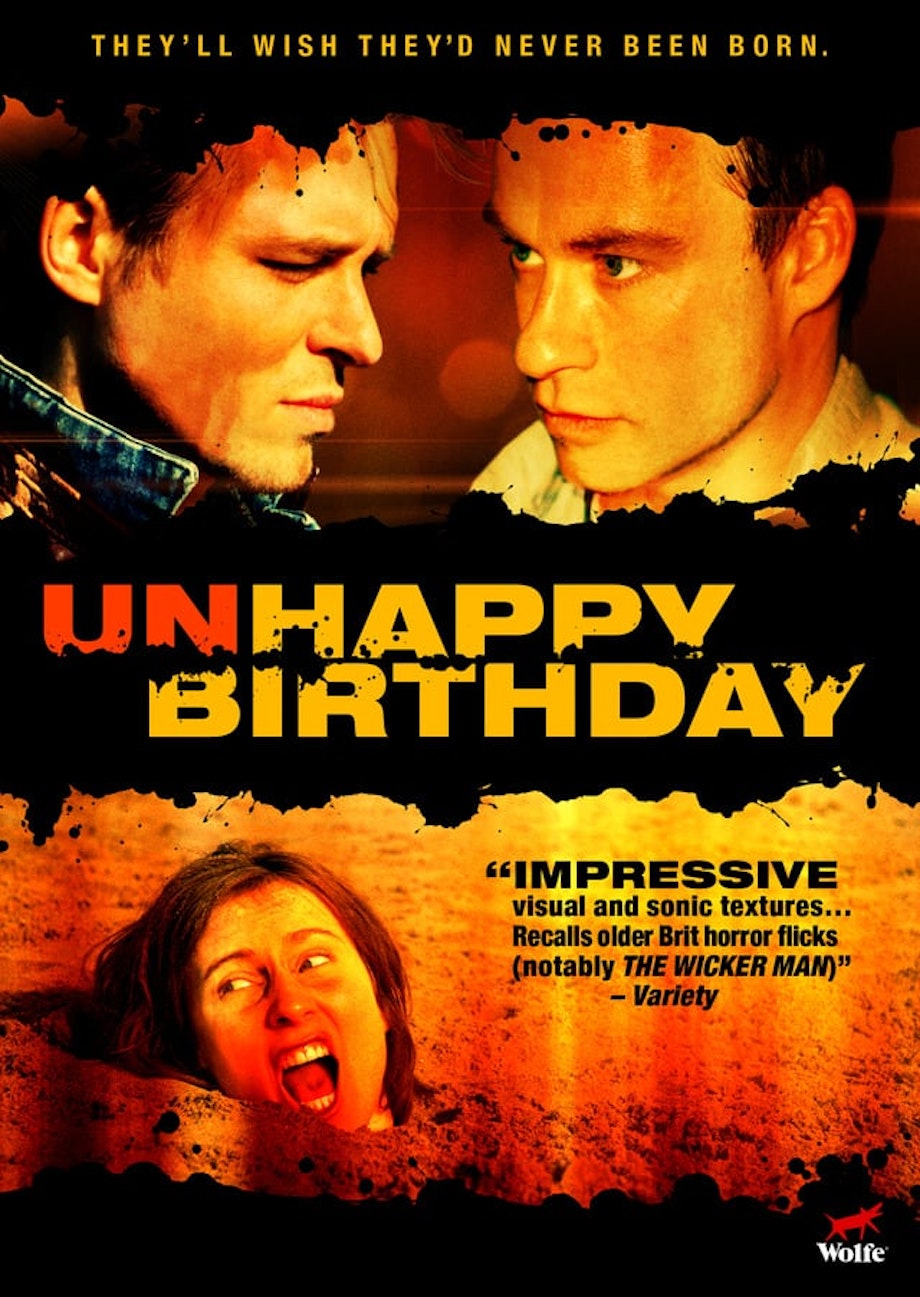