Out in the Line-Up

The acclaimed exploration of gay surfers!

Two gay surfers embark on a global journey to uncover the taboo of homosexuality in surfing. They become part of an emerging community prepared to step out of the shadows of secrecy and create a more open and accepting surfing culture.

While many sports are enjoying an awakening that gays can actually be accomplished athletes, there’s one sport that’s still deep in denial. Which is ironic since it’s the sport that’s celebrated for being free-spirited, rebelling against the status quo and filled with chill individuals. Surfing.

That may change with this new documentary that follows the stories of gay surfers around the world. The film has already won four “best film” awards at film festivals in Sydney, in Byron Bay, in Newport Beach and San Diego Surf. 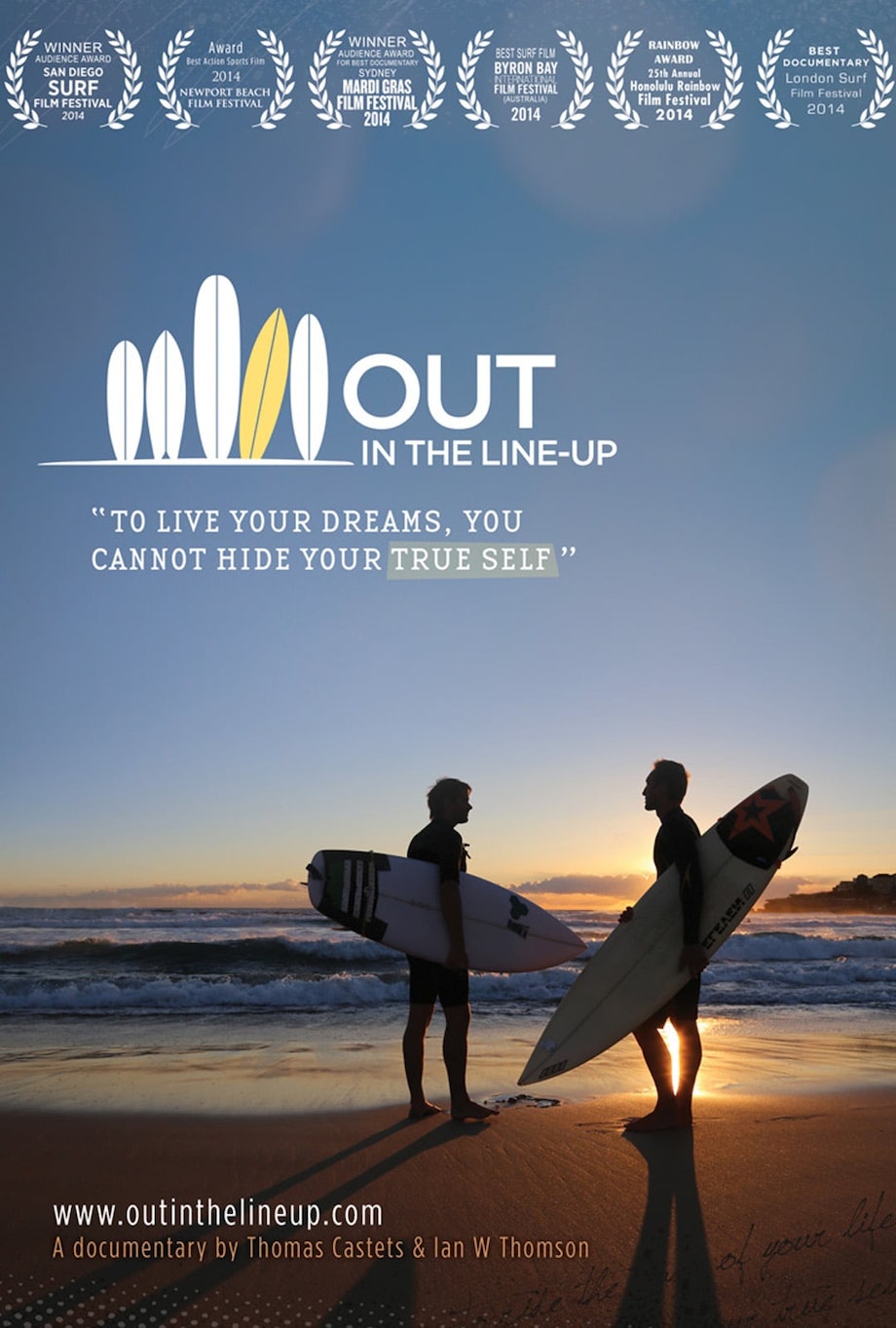