“(Five Dances) has one of the sexiest gay-male sex scenes that anyone has seen onscreen in some time.” – OUT Magazine

In his first weeks of rehearsal, Chip is initiated into the rites of passage of a New York dancer’s life, where discipline and endless hard work, camaraderie and competitiveness, the fear of not being good enough, and the joy of getting it just right, inform every minute of every day. Shooting in and around a Soho dance studio, Brown and his longtime cinematographer Derek McKane capture the exhilaration and emotional turmoil of a small dance company, and all of Chip’s poignant firsts—the forging of friendships, being chosen for the important solo, his first ever love affair—with the intimacy and immediacy of a documentary. The result, Five Dances, is Brown’s most dynamic film.

“FOUR STARS! A deft, graceful depiction of dance that uses a simple narrative for emotional power.” - So So Gay 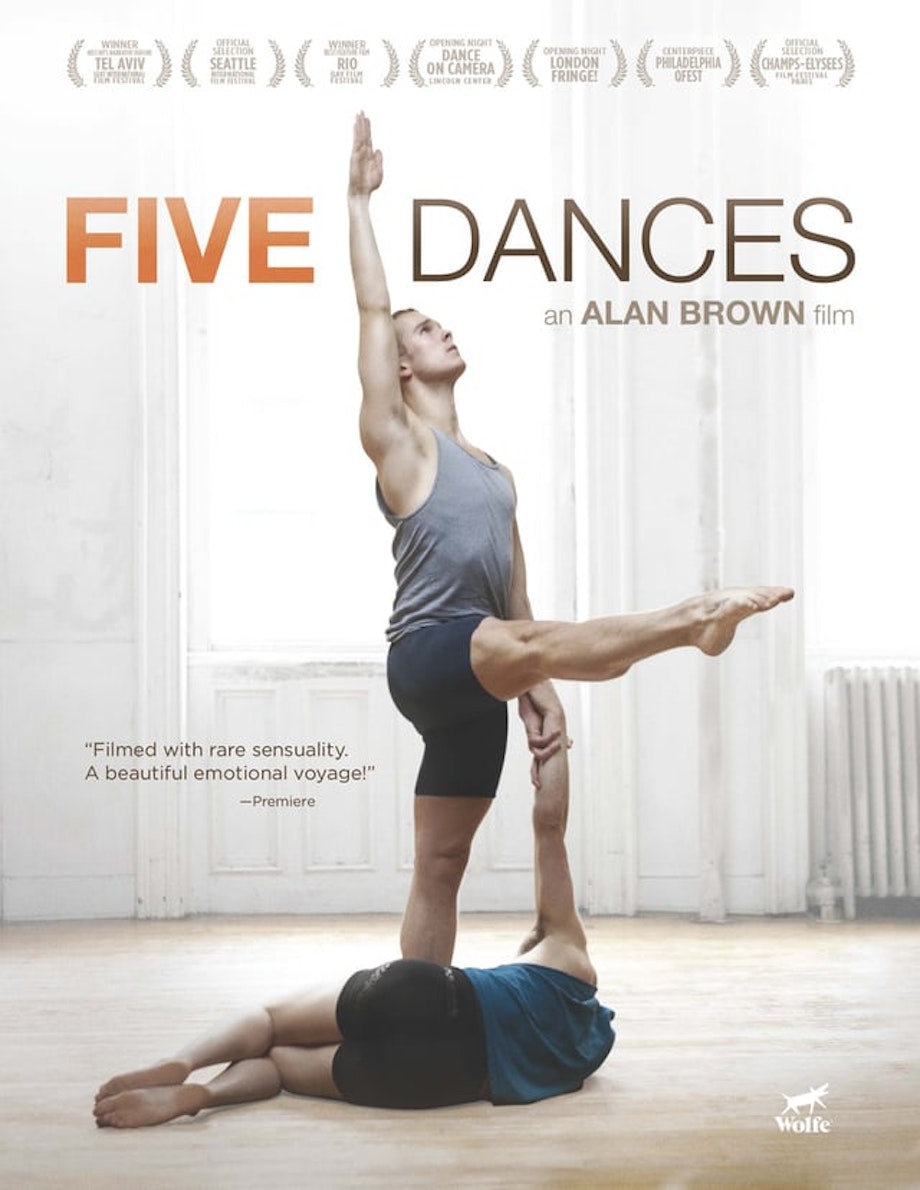