The highly-acclaimed gay drama about a married fisherman in love with a gay artist.

PERU’S SUBMISSION TO THE OSCARS!

In a tiny Peruvian seaside village, where traditions run deep, Miguel (Cristian Mercado), a young fisherman, and his beautiful bride, Mariela (Tatiana Astengo), are about to welcome their first child. But Miguel harbors a scandalous secret. He’s in love with Santiago (Manolo Cardona), a painter, who is ostracized by the town because he’s gay. After a tragic accident occurs, Miguel must choose between sentencing Santiago to eternal torment or doing right by him and, in turn, revealing their relationship to Mariela—and the entire village. Written and directed by Javier Fuentes-León, and featuring a sizzling international cast, Undertow is rich in the details of legend, tradition, and locale; and it is in these details that the truth lies. Strikingly photographed to accentuate the majestic Peruvian coastline, this sexy, haunting love story transcends place and time. [Spanish with English subtitles] 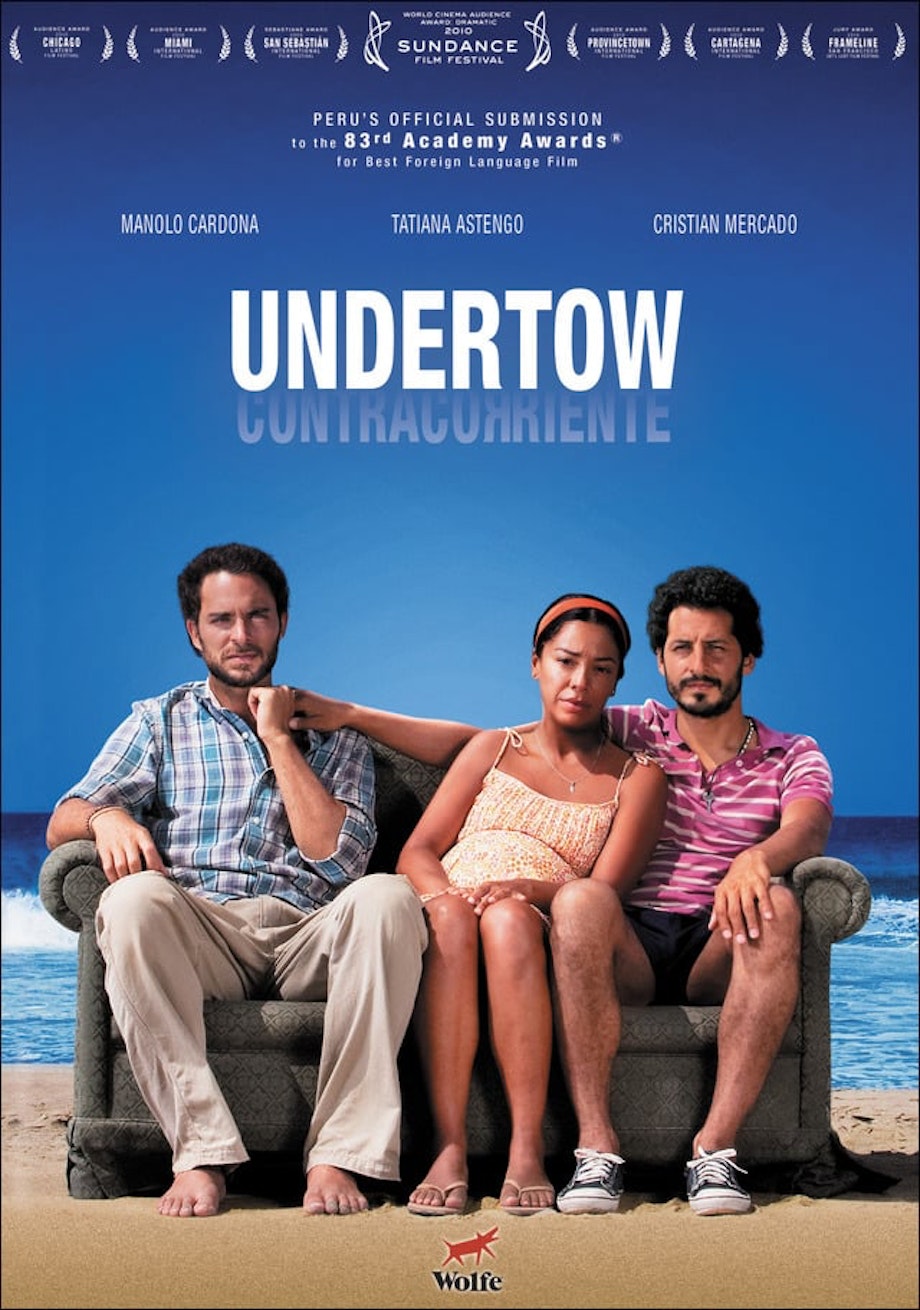