A true lesbian classic! In this provocative and sexy romantic comedy, a wonderfully eclectic group of women who went to college together reunite when two of them have a Jewish naming ceremony for their newborn baby. Quick-witted repartee reveals with irony, humor and a touch of nostalgia for the '70s how all of their lives, their politics and their loves have changed. This smart, sassy ensemble comedy from talented lesbian director Sharon Pollack co-stars the fabulous Dreya Weber (A Marine Story, The Gymnast) and features a terrific performance from the legendary Harvey Fierstein (Torch Song Trilogy) as the mohel who performs the baby's circumcision.

Katie (Stacey Nelkin) and Victoria (Monica Bell) are a married lesbian couple who invite five women friends for the bris of their new son. Their lesbian friends Josie (Ellen McLaughlin), Maria (Olivia Negron), Luce (Drea Weber) and Gina (Gabriella Messina) arrive along with lone straight woman Sarah (Carol Schneider), who is longing for a child of her own — though she and her husband have been unable to conceive. Josie and Maria used to be lovers (though Maria dabbled with heterosexuality and now has two children), Gina is a singer and former hooker; while charismatic Luce, an alcoholic stuntwoman, still mourns the long ago drunk-driving death of her partner.

""A Sapphic twist on "The Big Chill. Romance permeates Everything Relative — who slept with whom, who's going to sleep with whom — but the real theme is family and the challenge lesbians face in redefining the concept. The actresses... are frisky, attractive and undeniably likable. They look great." — San Francisco Chronicle

"It's nice to see a lesbian film in which there isn't one overarching definition of what a lesbian looks like or does for a living... And like The Big Chill, half of the the friends have slept with each other at some point in the last twenty years, and of course, by the end of the weekend, there will be lots more of that." — AfterEllen.com 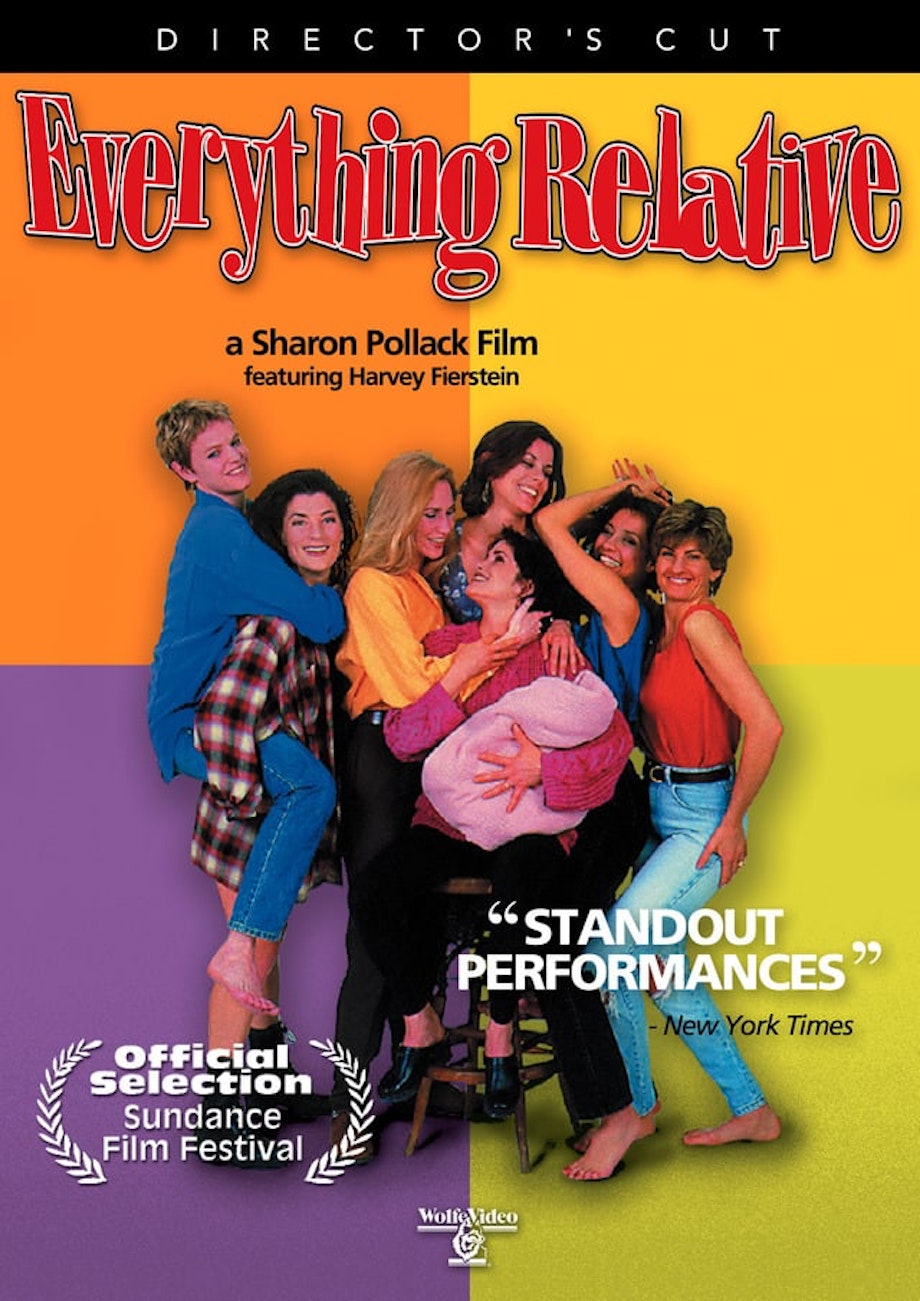