One Man's Fight for Equality

This Sundance Award-winning profile of Bishop Gene Robinson, the first openly gay man to be ordained in the Episcopal Church, is an inspiring film about church and state, love and marriage, faith and identity — and one man’s struggle to dispel the notion that God’s love has limits.

Love Free or Die is about a man whose two defining passions the world cannot reconcile: his love for God and for his partner Mark. In the film, Gene Robinson becomes the first openly gay person to be elected bishop in the high church traditions of Christendom. Bishop Robinson’s elevation in the sleepy New Hampshire diocese in 2003 ignited a worldwide firestorm in the Anglican Communion, one that has become so heated that there is still a chance of a schism in the 80 million-member denomination. One year after being muzzled by the Archbishop of Canterbury, he finds himself speaking from the steps of the Lincoln Memorial at Barack Obama’s Inauguration. Gene Robinson confronts those who use religion as an instrument of oppression, and claims a place in the church and society, not just for LGBT people, but for all.

"Illuminating . . .a thoughtful reflection on the divisiveness of homosexuality in organized religion, focusing on the quiet crusade of openly gay bishop Gene Robinson." – The Hollywood Reporter 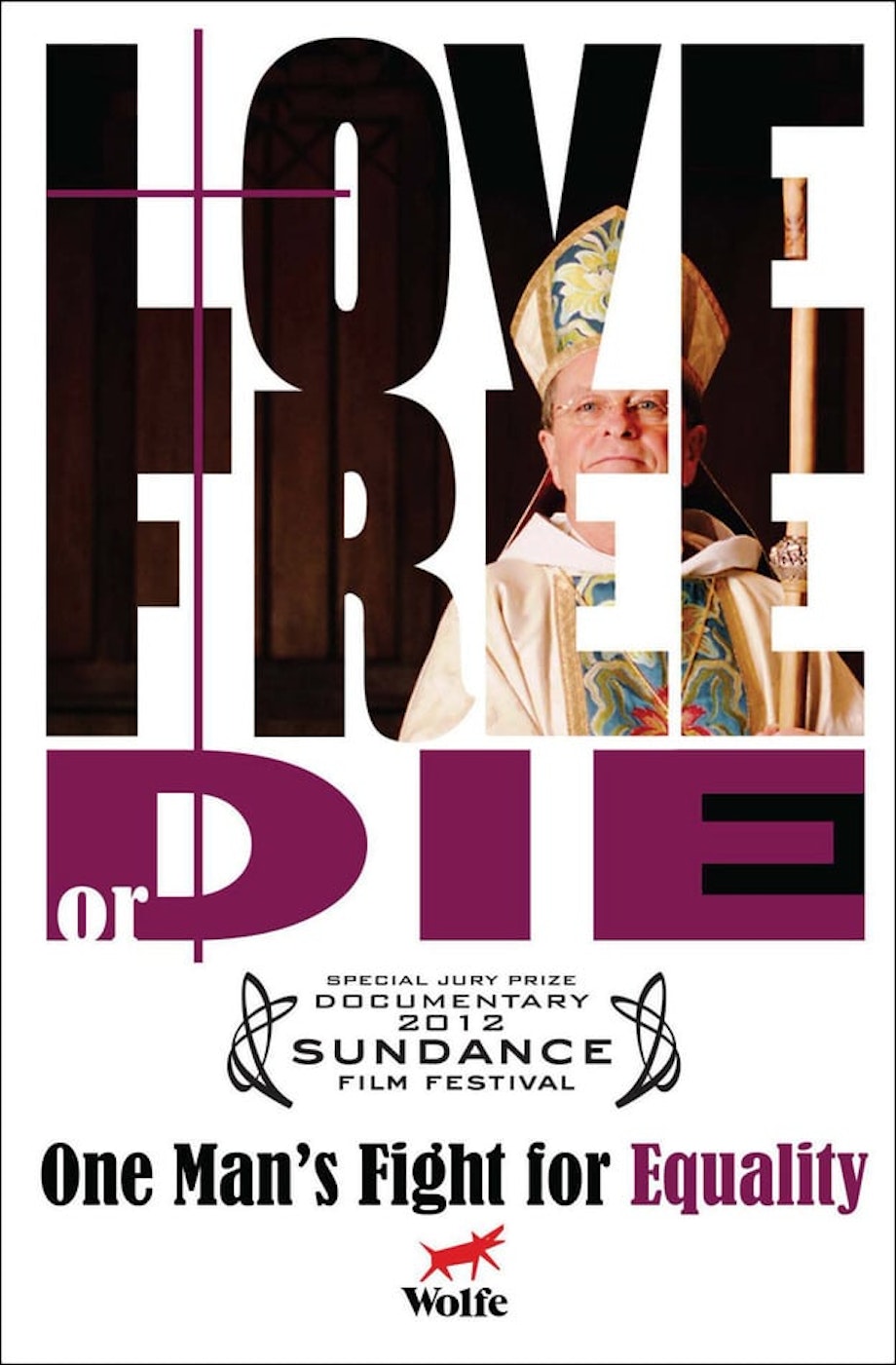