A black comedy about white trash

In this cult classic comedy from writer-director Del Shores, a gay West Hollywood actor returns home to his small Texas town for his grandmother’s funeral. As we meet the three generations of his dysfunctional family, the hilariously trashy truth of their “sordid lives” is revealed.

Sordid Lives features an all-star ensemble cast, including Olivia Newton-John (Grease), Delta Burke (TV’s “Designing Women”), Bonnie Bedelia (TV’s “Parenthood”), Beau Bridges (TV’s “Masters of Sex”) and Leslie Jordan (The Help) as the Tammy Wynette-obsessed institutionalized gay uncle, Brother Boy. The soundtrack features such country standards as “Will the Circle Be Unbroken,” “Stand by Your Man,” and “Get off the Cross, We Need the Wood.” 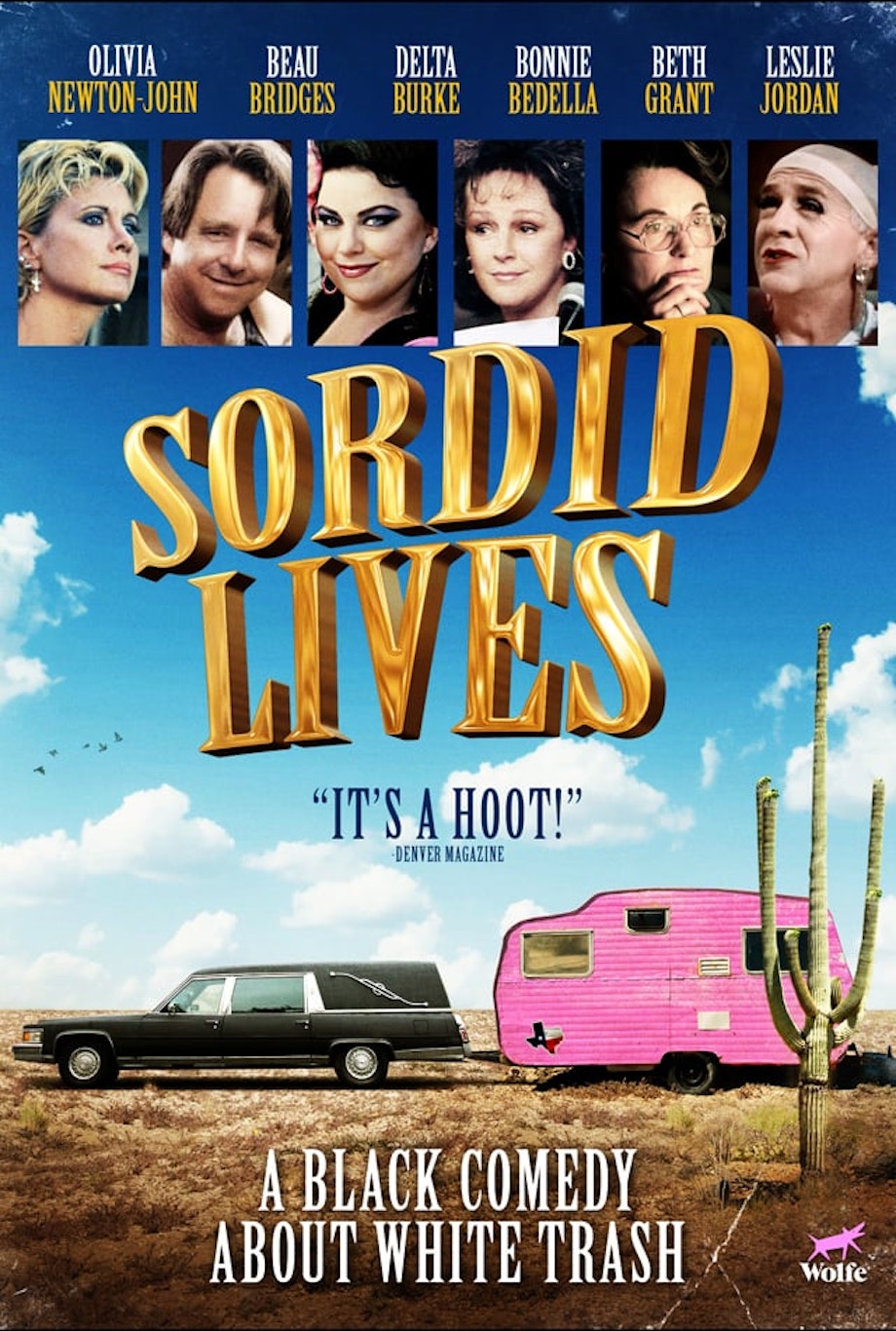