"This delightfully romantic comedy is a cinematic aphrodisiac…" – HOTSPOTS Magazine

Handsome daytime lead Jon Lindstrom, (As the World Turns, General Hospital and Port Charles) stars as Paul Greco, an unmarried billionaire socialite who seems to have it all. Or does he? After Paul sells his business and retires he suddenly has more money and time than he knows what to do with. His overbearing (but well- meaning) sister Elise (the fabulous Wendie Malick — Just Shoot Me, Hot In Cleveland, All My Children) decides giving Paul a dog would be the perfect start.

With little else to do, Paul assumes the daily dog walking routine in the park. There he encounters Andy Chance (Chris Murrah), a young gay self-employed advertising whiz, who happens to walk his dog on the very same schedule. What starts as a casual daily meeting in the park, eventually develops into something a bit more questionable.

This wonderful gay comedy is full of twists and turns. The elements of discovery, surprise and delight are everywhere. Through its portrayal of a unique relationship between two men, What Happens Next explores the meaning, definition and redefining of family and the nature of relationships. 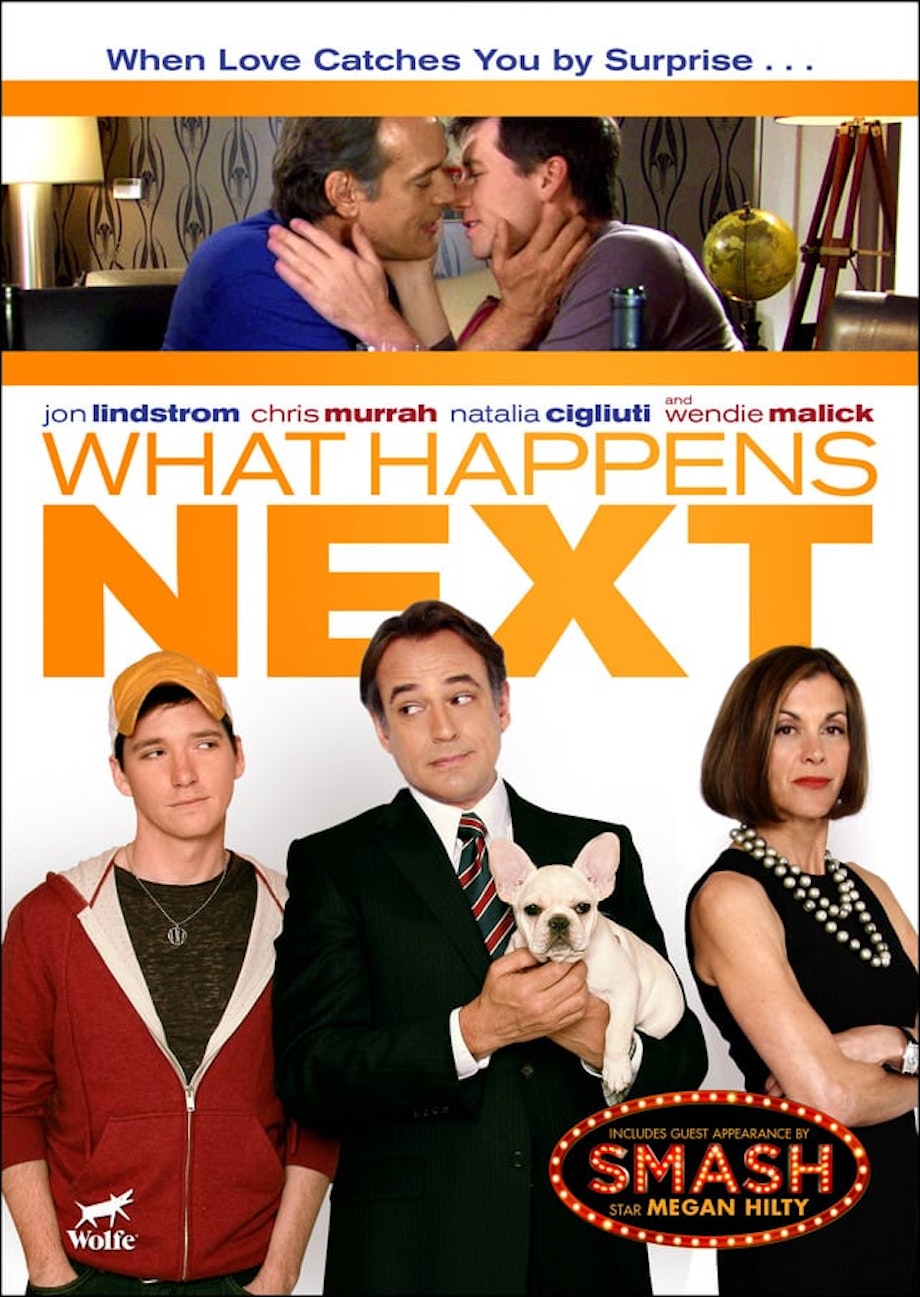