Emory Cohen and Wendell Pierce give gripping performances as a white gay young man named June and a middle-aged black businessman named Joe who hook-up for a secret encounter in this award-winning drama. In a simultaneous search for connection, Joe’s straight-laced daughter Abigayle (Aja Naomi King) flirts with the streetwise Dexter (E.J. Bonilla) over the course of a hot July 4th evening. Adapted from Obie-winning, Pulitzer Prize-nominee Christopher Shinn’s highly-acclaimed stage play, Four is full of the poetic and tender human drama of great theatre.

In a nameless, suburban American town, the smell of barbeque fills the air as the Fourth of July moves from a hot summer day into the smoldering explorations of night. With raw intimacy and emotion, these four characters explore the limits and possibilities of human connection. And for just this night, the small world that they live in will become even smaller — though the freedom they experience has never been so dangerous, fleeting and honest.

"The performance by Mr. Pierce ("The Wire," "Treme") is a courageous, bravura feat of acting." — The New York Times

"Surprisingly beautiful… A moving portrait of love and sex in the time of Craigslist." — Indiewire.com 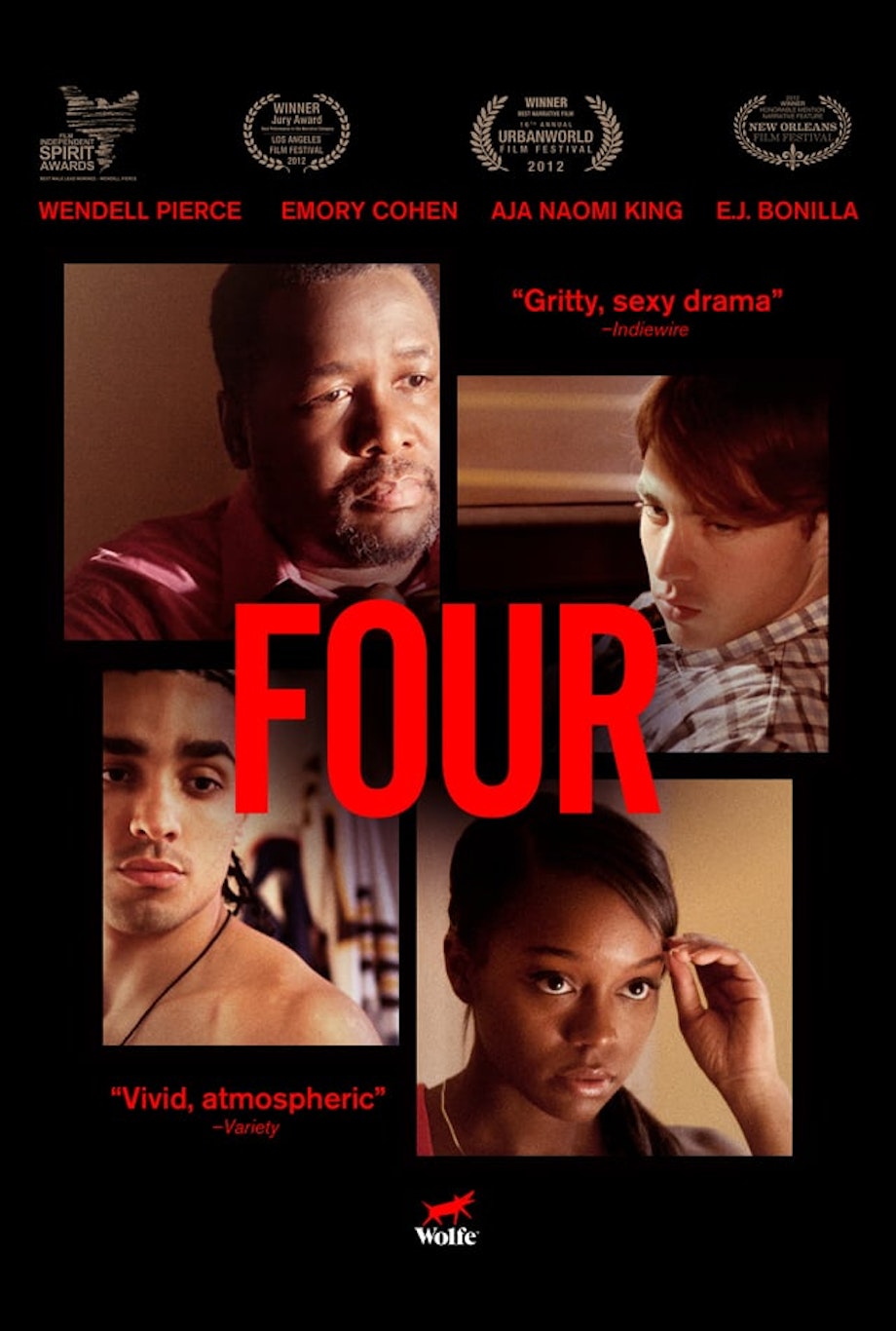