"The trippiest lesbian movie ever made." — AfterEllen.com

"It’s the story of lesbian musicians in love (voiced by Claudia Black and Tara Strong) and the record company Svengali (Tim Curry) who tears them apart, plus a lot of sexy downtrodden mutants... It has danceable songs, spaceships, nipples, clever dialogue, and an Up the Proletariat subversive pretext..." — Stage and Cinema

Co-written by out lesbian musician Shelley Doty and director GB Hajim, this gorgeous animated sci-fi drama portrays the power of love between two women. It is the 29th century — on Jupiter’s moon, Ganymede. Our hero Naia (prolific voice actress Tara Strong) is a feisty, young singer-songwriter who falls in love with the beautiful saxophonist Parker (Claudia Black — Farscape, Stargate SG-1). The two embark on their new relationship and form a new band — as they also fight for their freedom together.

"The most original queer film that’s touched my DVD player in years... [An] ode to the power of love and music and freedom." — Danielle Riendeau, AfterEllen.com 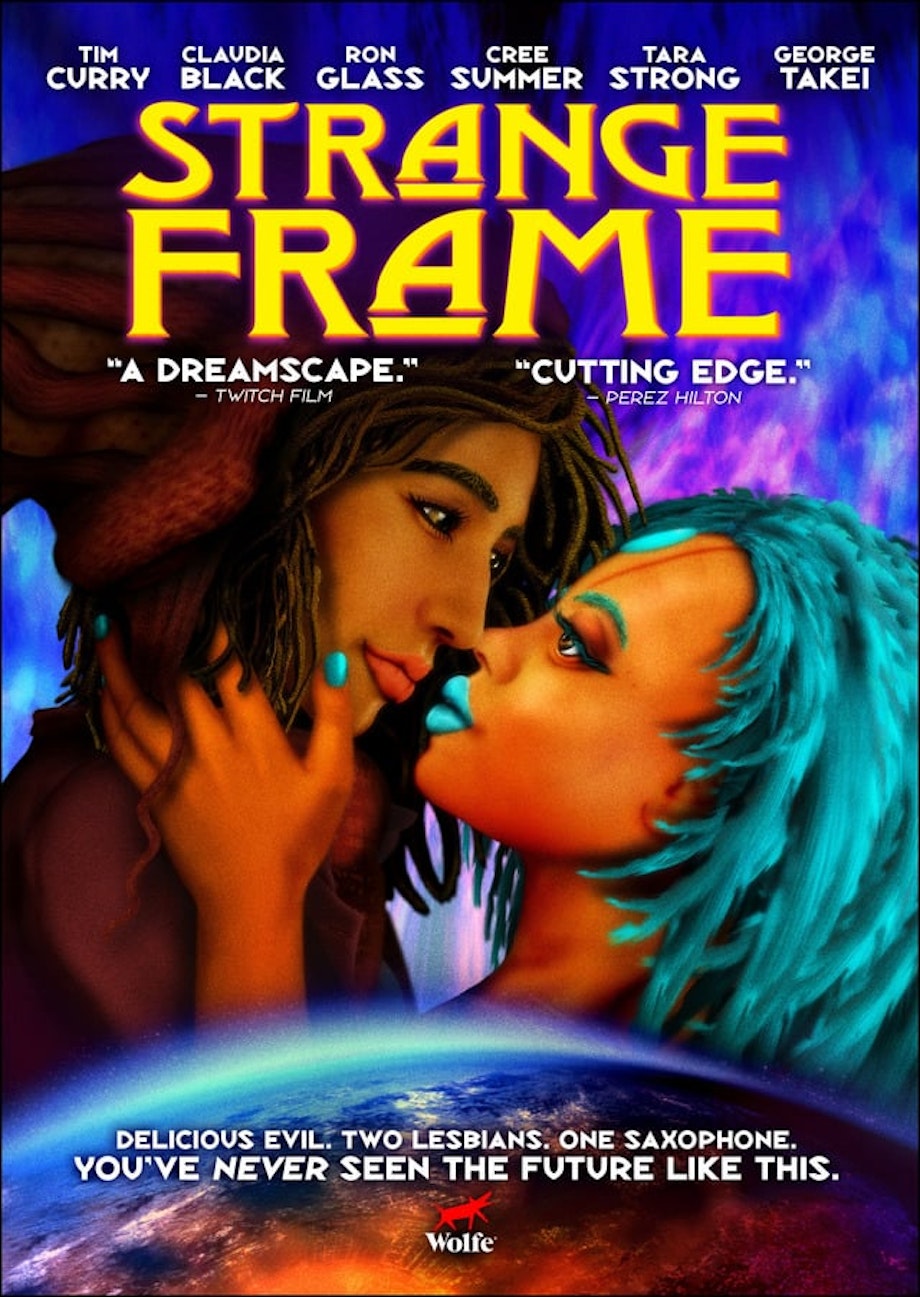